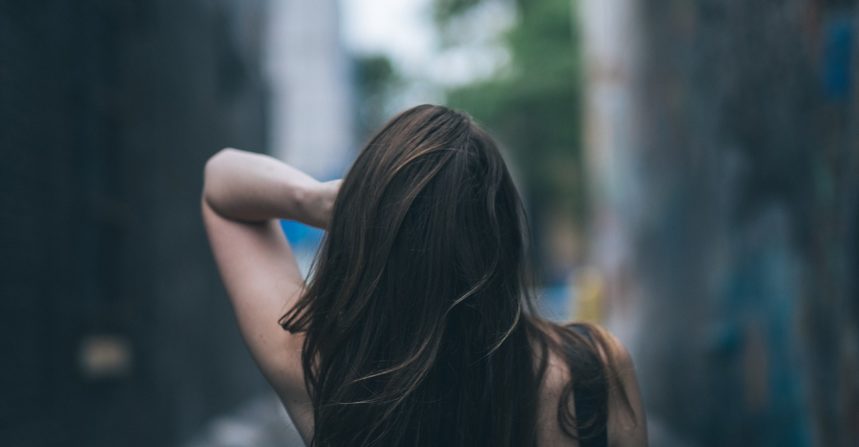 My Quest to Meet Serbian Women in Belgrade – Dating in Serbia.

Between hosting the highly celebrated summer music festival (Exit festival in Novi Sad), Novak Djokovic’s rapid ascent to global tennis domination, producing a respectable number of footballing talents the likes of Dragan Stojković, Aleksandar Kolarov, Nemanja Vidić and many more, plus a remarkably thriving clubbing scene (folks in the capital of Serbia, Belgrade, are big time party goers), Serbia has become one of the most well-known Eastern European nations throughout the world.

But what else is Serbia known for? The girls, oh those hot Serbian girls! 🙂

Interested in dating a Serbian woman? Okay, first off, let’s dive a bit into the general physical characteristics of these beautiful Slavic women. Do You Want To Meet Serbian Girls Today? – Click Here! As far as looks are concerned, the ladies here are definitely gold level quality, with long legs and trimmed upper bodies that are just absolutely delightful to the eye.

When they groove to a beat, it’s truly a sight to behold. Right now, as I close my eyes, there are visions of some of the most beautiful Serbian women dancing sexily in my head.

They are dressed in as little apparel as legally possible, and I’m getting super excited here…Okay, okay, I’m snapping out of it.

Anyway, I did see my fair share of chubby or chunky looking girls, but among the younger generation (under 30 years of age); those were rather few and far between. But compared to Poland, Czech Republic and Estonian women there are a few more curvy ones.

Also, while Serbian babes, in general, are blessed with pretty looking faces, quite a bunch of them have faces that are on the masculine side.

In fact, some looked pretty chiseled complete with angular, well-defined jawlines—yikes! But if masculine-faced women are your cup of tea, well, more power to you then.

Be warned: If you’re hoping to get a natural blonde Serbian girlfriend, you won’t find one here. Most Serbian ladies sport either light or dark brown hair, and although redheads are around, they are quite rare. Since my dating in Serbia experience was done only in Belgrade, I can’t say how approachable the women are in other parts of this country.

But one thing’s for sure, or per my experience at least, Belgrade girls are approachable on the whole. I must say, though, they are a bit less laid-back to approaches compared to Budapest chicks.

Still, aside from a couple of ruthless rebuffs, the beautiful Serbian girls whom I interacted with in Belgrade were pretty friendly, and many were actually very curious as to what the heck I was doing in Belgrade when they are “much nicer” (their words not mine) cities in other European countries.

I told them I wanted to meet Serbian women and I was planning on having as many one-night stands as possible during my stay in Belgrade.

Kidding, I didn’t say that though I wanted to, especially during times when I got a little tired of girls asking me “why do you come to Belgrade?”

By the way, the women here, particularly those in their 20s or 30s, are reasonably fluent in English. Some were rather self-conscious of their ability to communicate in English, but with a little praise, they got more confident and chatty.

What about one-night stands? Speaking of one night stands, I can tell you that it is NOT easy to hook up with the women here solely for such purpose.

Yes, of course you can find Serbian babes who are very much open to brief flings and one-night stands, but they are rare finds as far as my personal experience is concerned.

However, for those of you who are hankering on the idea of datingSerbian ladies for the long haul, then Belgrade would be a hit with you.

The local beauties would be more receptive to dating you if you tell them that you plan on hanging around in Belgrade for a longer period of time.

On the positive side, you’ll be happy to know that there aren’t many tourists in Belgrade, which can add to your exotic factor as a foreigner, therefore helping you become the Mac Daddy of the city.

But if you’re keen on dating multiple women, be sure to take it easy on the count. To put it another way: Don’t add too many girls in your dating rotation because socially speaking; Belgrade is really not that big of a city.

The last thing you’ll want is to get caught in the middle of an all-out public catfight between Serbian girlfriend #1 and girlfriend #2.

Actually, in Belgrade, I would recommend dating one girl at a time just to be safe—or maybe two at most.

The city is filled with numerous bars, pubs and restaurants, plus lots of good nightclubs with enough Belgrade women to drool over until you run out of saliva.

Each establishment is a new adventure, so stop in and see what eye candy each one has to offer.

This club looks pretty casual but offers pure partying fun, plays fantastic tunes more often than not, and drinks are inexpensive. Unfortunately the place is always packed and girls come in big groups.

Dropping in with a social circle will help immensely, or if you do go in solo, just dance among the crowd. If you look good and can groove well, then who knows, one or two beautiful Serbian girls (hopefully single ones) might grind into you and that’s your cue for a hookup.

With its positive atmosphere, friendly-fun vibe, rock-solid music selection, and plenty of local hotties having a ball, 20/44 is the kind of floating river club that you’d want to hang out at from night till dawn.

Watching the sunrise from the Belgrade Sava river with my Serbian girlfriend was a beautiful and profound experience.

This elegant club conveys a pleasant, urban atmosphere consisting of two levels to hang out. The first level has a long bar counter and it’s a good area to chill with your date and take in a drink or two.

If you’re looking for some good ol’ grooving fun, head down to the underground level. Unlike most Belgrade nightclubs, this place doesn’t crank up the volume so it’s easy to get bopping and talking to your date simultaneously, or chat up girls if you’re in solo.

You’ll find lots of gorgeous young babes here and several actually wowed me beyond belief. However, the place can get pretty darn crowded.

Swing by here for dating opportunities with artistic Belgrade girls. I like this place a lot.

An average place but drinks are cheap, and it’s the haunt of ample of cute university students.

I approached a couple of total babes here, but got no luck…On busy nights, this establishment tends to attract quite a lot of eye candies, so hop in and you might get lucky.

An overview of hotels that allow you to bring guests to the room. Make sure you book at one of these hotels to avoid a disappointing end of the evening.

The real issue with dating a Serbian woman…

Well, dating itself isn’t an issue; it’s just that getting dates in Belgrade can be darn difficult without social connections.

With the right social circle, scoring dates with beautiful Serbian women would be 10 times easier (as long as you look nice and know how to talk to the ladies).

But what if you don’t have a social circle?

Well, you can develop one while you’re in Belgrade which takes time of course, or better yet, hookup with a few attractive Serbian singles at your home first—you can easily do this via a dating site.

Once, you’ve developed a few relationships online, go travel to Serbia, meet your date (or dates) and partaaaaaay away!

This is what you call preparing ahead of time, and it’s the absolute wise thing to do. Remember that infamous saying by the great Benjamin Franklin?

“By failing to prepare, you are preparing to fail.”

See? Even Ben Franklin knew how vital it was to be well prepared before traveling to Serbia in search of dates with the womenfolk there.

So listen to Ben and go here to meet Serbian women today!