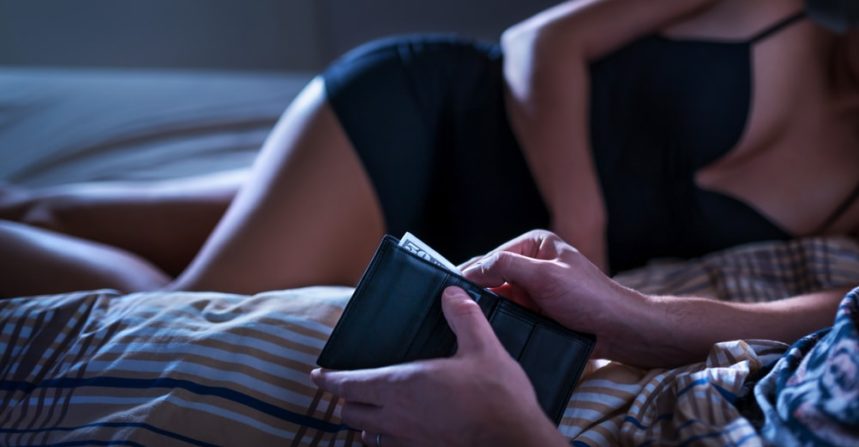 How To Visit The Red Light District In Minsk

Minsk has become the capital of sex tourism in Eastern Europe. While prostitution is illegal, paying for sex the old fashioned way is still possible – no hiding, no hassle, but just straight to the point action. The label could be a little unfair for the Belorussian capital, as the city is full of cultural attractions and delights as well.

There is no such thing as an official Red Light District in Minsk though. But then, the nightlife and sex opportunities are spread all over the place. Here is everything you need to know if you plan to add some adult entertainment to your trip to Minsk.

Red Light District in Minsk – Where It Is

The name is not official and there will be no clearly marked and legal red light districts in Minsk. If you expect something like Amsterdam or Frankfurt, you will be disappointed. On another hand, it is worth noting that chasing sex on the street is not legal. Instead, you can find certain areas where prostitution is discreet, but everywhere around you.

As a general rule of thumb, fancy bars and hotels will most likely be able to provide extra services. The same rule applies to local newspapers, where you will find lots of ads from girls advertising for their services. Most of them will come wherever you are. Street prostitution is much cheaper than girls advertising in newspapers though.

For street prostitution, a drive around Prospect Skariny, the Skoriny street, the Yubileinaya hotel and the Moscow Cinema House will provide plenty of options. Many girls sell their bodies on the road from the local airport as well, by the entrance to the city. At the same time, the Nezavisimosti metro station has lots of streetwalkers too. Bars and Nightclubs to Meet Girls in Minsk

While bars and nightclubs do not guarantee for quick sex, these are the best places to meet girls if you want to try your game. Richcat is one of the busiest places in Minsk during weekends, despite being open everyday.

Wine Shelf (Винилы шкаф) is usually where you will find the best women – lots of 8s, plenty of 9s and a decent amount of 10s as well. There are lots of daddy’s girls there, so you are less likely to find average girls. Their expectations are high because they are rich, so up your game. There are a few other bars and nightclubs on the same street and they are all worth a shot.

Bardot is located inside a Hilton hotel, but it is not really rated as a nightclub. Instead, it is more like a late evening bar to enjoy a drink before heading to a club. Dozari is good too, but it hosts multiple events. Check the events first and avoid performances, as most people will be focused on them – you are less likely to score then.

Other good options to meet girls can be found here!

Strip clubs often take you to another level. If you want to pay for sex, this is where you start. Do not approach girls while dancing though. The Dankoff Club is the most popular choice, especially as it has private rooms where you can hang around with hot ladies in a jacuzzi.

Other good strip clubs include:

Some hotels also have their own strip clubs. If you find a girl for casual sex, these might be your best choices in terms of accommodation: Tekhas, Laguna, X.O., Topless Bar, Versus and Venezia. Tekhas (inside the Yubileynaya hotel) and Topless Bar (inside the Victoria hotel) are known for having plenty of hot babes willing to accompany you to your room.

You cannot find places advertised to be brothels, yet most hotels run popular contact bars – just like the ones in Germany or Austria. You hang around there and you meet attractive girls. If you like her and she likes you (she will because it is her unofficial job), you can get a room.

Casinos in Minsk provide sex related services too if you inquire discreetly. Just ask the bartender or someone who seems to know everything for advice and slip them a small tip too. Girls in casinos are more expensive and usually hang out with elite courtesans.

In other words, you have to dress to impress.

Tips to Stay Safe in the Red Light District in Minsk

The so called Red Light District in Minsk is quite safe. Use common sense and avoid suspicious places or dark back streets. When it comes to casual hookups and sex, avoid looking like a sex offender. Do not chase women down the street. The game is similar to any other country at night – hang around nightclubs, make eye contact, buy some drinks, talk and see what happens.

As for paying for sex, the good news is that prostitution is illegal for those who sell their bodies only. In other words, sex workers are more likely to be in trouble than you are. But then, there is a bit of corruption, so the police is familiar with most of these girls already. Prostitution is not a crime, but an administrative offense. Girls usually get a fine and can go back on the streets.

As a short final conclusion, while there is not a Red Light District in Minsk, you can find something similar if you hang around the right places. Not having official places can make it a bit hard at first, but a little persistence will take you there eventually.