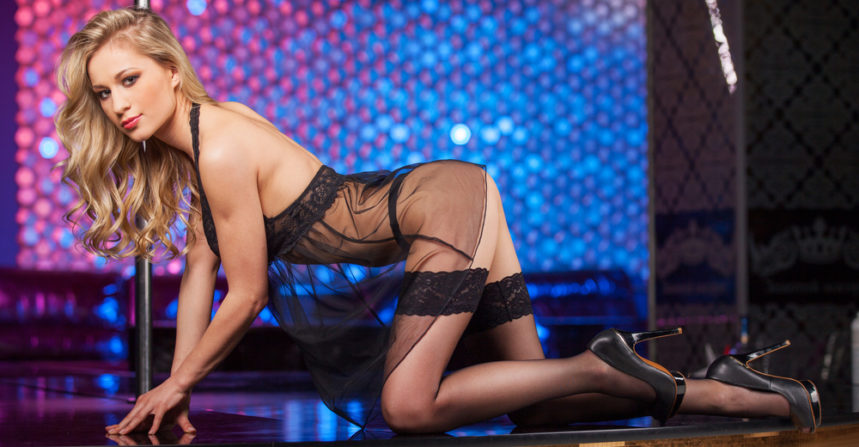 ​Best Strip Clubs In Gdansk – Poland – A Guys Night out!

Located on the Baltic Sea and spreading over a few towns, Gdansk is one of the top destinations in Poland when it comes to holidays. More and more people turn to Gdansk for the vacation of a lifetime. It is not a Polish thing only, as chances are you will run into plenty of foreigners as well. After all, you have good weather during the summer season, beautiful Polish girls and lots of entertainment.

When it comes to single men or bachelor parties, strip clubs seem to be the right choice. Fortunately, Gdansk has plenty of them. Finding the best strip clubs in Gdansk can be tricky though, yet some of them stand out in the crowd. Located at Tkacka 27/28, Kabaret Ewan is one of the oldest and most reputable strip clubs in the area. Once inside, the red lit space will instantly make you feel warm and comfortable. Look around and the half dresses beauties will make your evening better. This place is not the average strip club. Instead, it has an authentic air of Moulin Rouge and will most likely impress you with its atmosphere.

It opens early – 2PM and stays open until 4AM. On Sundays, it opens late – 8PM. Interested in seeing the half naked nymphs fully out? Drop out 100 zlots and you will get the special treatment – one of the most intense private dances of your life taking place in a private VIP room. Sure, you can also hang out with the crew and admire the nymphs on the stage.

Desire is established at Lektykarska 3. If you have been to Gdansk before, the location used to belong to another strip club – part of the controversial Cocomo chain. The previous strip club had a bad reputation, mostly for overcharging customers. Fortunately, the new place has nothing to do with it – new management, new staff, new girls and new rules.

Girls are stunning – 8s, 9s and a few 10s. The atmosphere is cozy and no one will push you to buy them drinks. Feel free to tip their dances, yet you can also buy a private dance. You will be lured into a private room to experience an intense lap dance. As for its opening hours, they usually vary depending on the season – the club stays open until later during the summer months, when tourists hang around.

Located at Żwirki i Wigury 4, Pawilon 8, Peep Show is a relatively small strip club. However, it has a cozy atmosphere, as well as a lockable cabin for private shows – you might as well ask for more, but do it upfront. The small room is covered in mirrors, so you can admire everything about your dancer. The show costs 40 zlots and it takes 10 minutes. You can keep adding five minutes for 10 zlots until you are done.

Rozi is a local strip club featuring 8s and 9s. It is located at Słupska 28 and it might feel like a nightclub at first, until the girls show up and start undressing. The place offers plenty of opportunities if you are interested in something more private. There are a few rooms on site, so you can book a girl and enjoy a massage and even more.

The club is open 24 hours a day. It has a massive bar with drinks from all over the world, yet most people who get there do it for the girls. Rooms feature air conditioning, jacuzzi and large beds. While prostitution is illegal in Poland, this is one of those places where you can always ask for more than just a private dance – hence the beds.

Gdansk is not all about the big city, but also about the nearby resorts. Gdynia is the most popular one and also features a decent selection of strip clubs.

Poland is not like western countries when it comes to strip clubs, but more like eastern countries. In other words, men are not thoroughly educated on what to do in a strip club, so there will always be someone to tell them what to do. Therefore, expect to be asked to buy girls drinks. You do not necessarily have to. Sure, if you see a girl with the perfect curves and you want to take her privately, you can obviously get her a drink.

Some strip clubs had a bad reputation for overcharging customers. While the problem is not so common anymore, play it safe and do not keep a tab open to pay at the end because you might lose track. Instead, pay on the go – get a drink and pay for it right away.

Another common issue in the past involved using cards – people got overcharged, especially foreigners. In other words, it is recommended using cash. Withdraw as much money as you need from an ATM and keep your card in the wallet.

In conclusion, the best strip clubs in Gdansk will provide a decent experience. Girls are good and there is plenty of privacy. Many clubs also allow more than just a lap dance – even sex, yet it is important to ask upfront. Do it politely and you might get a positive answer.​